Wheat beer fans in Slovakia can now buy local. Zlaty Bazant, Slovakia’s most popular beer, has released its first wheat beer called Zlaty Bazant Wheat. It’s made with 50% wheat malt, 45% barley malt, and a hint of caramel malt. Like most wheat beers, it’s top fermented and unfiltered. Percentage wise, it’s a little on the low side at 4% ABV. Grab a 500 ml bottle or find one of the 200 or so bars that serves it on tap. Let’s hope this step outside of the pilsener world is just one of many.


Posted in News and tagged news, slovak beer, wheat beer, zlaty bazant by The Beermaster with no comments yet. 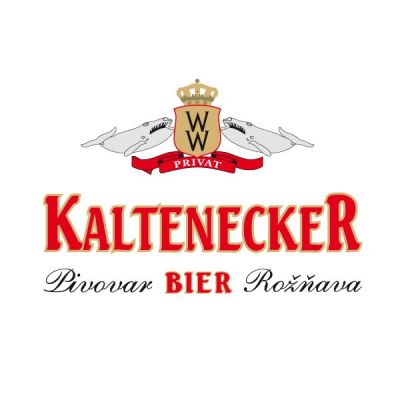 Sep 1st Radlers on the Rise

American beverage research specialists, Canadean have written a report about Slovakia’s beer market. The 94 page article analyzes the country’s brands, brewers, packaging, distribution, pricing, and more. It found that the popularity of the lower alcohol beer mixes, such as lemon radlers, are rising. The report attributes this to a change in the Slovak lifestyle. Large corporate businesses establishing themselves in the country has left the Slovak’s busier than ever. This new hectic lifestyle calls for convenience, and produces a more money-conscious worker. Because lower alcohol beers are cheaper and don’t inebriate one as much, they are becoming a popular beverage option. It also reports that women and young people are the main drinkers of this new beer blend. Young people, because they like to try new things. Women, because traditional beer isn’t to their taste.

To read the full report you can go here and pay over $6000 for it… Or you can hug and kiss some poisonous snakes… Or even worse, you can drink a fruit infused beer. Bleh!


Posted in News by The Beermaster with no comments yet.

In Slovakia, Zlatý Bažant is known for its television commercials. They are funny, sometimes overtly sexual, and often make you want to drink down some beer. Although, most things make me want to drink down a nice, cold, frothy brew. Enjoy one as you watch this collection of Zlaty Bazant commercials.
END_OF_DOCUMENT_TOKEN_TO_BE_REPLACED

The Slovak Spectator published an article about the rise of microbreweries in Slovakia. We’ve mentioned how Bratislava’s microbrewery business has been on the rise, but the article discusses other parts of Slovakia:

Some of these breweries are quite new, established within the last few years by beer enthusiasts who grew bored with the unified flavour of beer made by large producers, or by people who view themselves as picking up where the beer-making tradition left off.

They estimate that there are currently 25 small independent brewers across the country, which makes up about 5 percent of the beer drinking market.  And they think the numbers will grow.

The article also discusses the potential for beer tourism in the country.


Posted in News and tagged article, beer news, microbrewery, pivo, slovakia by The Beermaster with no comments yet.

If you love beer – really love it – you’ll love this. Beer Spa BBB Prešpork (26 Zámocká St, Bratislava) have setup a “beer spa” where they fill tubs with beer and let you sit and soak in them while you drink as much beer as you want from a tap that’s right next to you. They claim that soaking in beer is good for your skin, joints, and muscles and that it will reduce cellulite. I can’t vouch for this, but nonetheless it’d make for a fun afternoon. If you have a stag party planned in Bratislava, this might be a good way to relax after/before a heavy night of drinking.

Posted in News and tagged all you can drink, beer bath, beer spa, drinking, slovakia by The Beermaster with 2 comments.

This infographic was created by the people over at DAtaVinci. They are a Slovak company that takes data and makes it look good by putting it into eye-catching infographics. Have a look at the beer one below it’s attractive and informative with information about the history of Slovak beer, the current production and consumption, general facts about beer, and the top brands of Slovak beer in 2012.

END_OF_DOCUMENT_TOKEN_TO_BE_REPLACED


Posted in News and tagged beer, data, datavinci, facts, history, infographic, pivo, slovakia by The Beermaster with no comments yet.